According to UN Secretary-General Antonio Guterres, global terror group Islamic State in Iraq and the Levant-Khorasan's (ISIL-K) new leader, Shihab al-Muhajir, heads its operations in India, Afghanistan, Bangladesh, Pakistan, the Maldives and Sri Lanka. He is said to have had an earlier affiliation with the dreaded Haqqani Network. 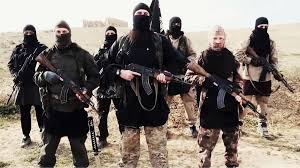 Global terror group Islamic State in Iraq and the Levant-Khorasan’s (ISIL-K) new leader Shihab al-Muhajir heads its operations in India, Afghanistan, Bangladesh, Pakistan, the Maldives, and Sri Lanka and is said to have had an earlier affiliation with the dreaded Haqqani Network, according to a report of UN Secretary-General Antonio Guterres.

The 12th report of the Secretary-General on the threat posed by ISIL (also known as ISIS and Da’esh) to international peace and security and the range of United Nations efforts in support of member states in countering the threat said that ISIL-K currently has 1,000-2,200 fighters in Afghanistan spread across several provinces.

“ISIL-K continued to demonstrate resilience in Afghanistan notwithstanding its degraded military capabilities, including in Nangarhar and Kunar Provinces,” it said.

The report said although ISIL-K faces challenges in its ability to seize and hold significant territory in those provinces, it has claimed responsibility for a number of recent high-profile attacks, including the devastating attack on a maternity hospital in Kabul in May, the assault on Jalalabad city prison in August, an attack on Kabul University in November and the killing of a female Afghan journalist in Nangarhar province in December.

“ISIL-K is currently assessed to have between 1,000 and 2,200 fighters in Afghanistan spread across several provinces and is expected to continue to target Kabul and provincial capitals in future attacks. Shihab al-Muhajir announced as the group’s new leader in June 2020, reportedly heads ISIL operations in Afghanistan, Bangladesh, India, the Maldives, Pakistan, Sri Lanka and states in Central Asia. He is said to have had an earlier affiliation with and to maintain familial ties to the Haqqani network,” the UNSG’s report said.

The Haqqani network, which has the backing of elements within the Pakistani security establishment, is one of Afghanistan’s most experienced and sophisticated insurgent organisations, according to the Institute for the Study of War, a Washington-based non-partisan, non-profit, public policy research organisation.

The Haqqani network maintains a safe haven in North Waziristan, Pakistan, across Afghanistan’s southeastern border, it said. The extremist group has been behind some of the deadliest attacks across Afghanistan against US interests in the war-torn country.

It said that online recruitment and radicalisation of ISIL sympathisers in South Asia continues to be a “concern, in particular through propaganda publications targeting followers, including in the Maldives and Sri Lanka”. The Secretary General’s report said that ISIL also remains resilient in South-East Asia with a number of factions, in particular in the southern Philippines, giving special urgency to initiatives developed by authorities in the region, including the promotion of narratives to counter violent extremism online.

“Although counter-terrorism forces reported successes in disrupting some cells and averting imminent attacks, the region continued to experience violence initiated or inspired by ISIL,” it said, adding that the prominence of women involved with ISIL, including in carrying out suicide bombings, continues to be a trend in South-East Asia.

Two such attacks occurred in the Philippines in August, both involving women believed to be widows of Abu Sayyaf Group fighters.

Guterres said in the report that the Covid-19 pandemic has continued to pose significant strategic and practical challenges for member states’ efforts to prevent and counter-terrorism and the underlying spread of violent extremism, in full compliance with international law.

“Member states and United Nations experts have also raised the concern that terrorists may be seeking to exploit new vulnerabilities resulting from the ongoing global health crisis, including by forging opportunistic alliances with organised criminal groups,” the UN Secretary-General said in the report, adding that in the longer term, the economic downturn and the diversion of government resources in the wake of the pandemic could weaken national counter-terrorism efforts and international cooperation and assistance.

Guterres said that in conflict zones, terrorists have maintained the same ability to move and operate despite the pandemic. Despite setbacks in Afghanistan, ISIL-K has continued to exploit difficulties in the Afghan peace process.

He urged member states to remain “united” in their efforts to counter ISIL and the broader threat of terrorism, despite the strains and competing priorities caused by the pandemic. Guterres warned that the pandemic has exacerbated conditions conducive to terrorism, which widens the pool of vulnerable individuals for ISIL to target.

“Decisive, concerted measures are needed to effectively counter the use of the Internet and digital technologies for criminal purposes, including incitement and financing of terrorism. Human rights-compliant systems must be in place to detect and apprehend terrorists, including foreign terrorist fighters, given the prospect of the resumption of large-scale international travel,” the report said.

The report added that Amir Muhammad Sa’id Abdal-Rahman al-Mawla is not assessed to have changed the strategic direction of ISIL since becoming its leader in late 2019.