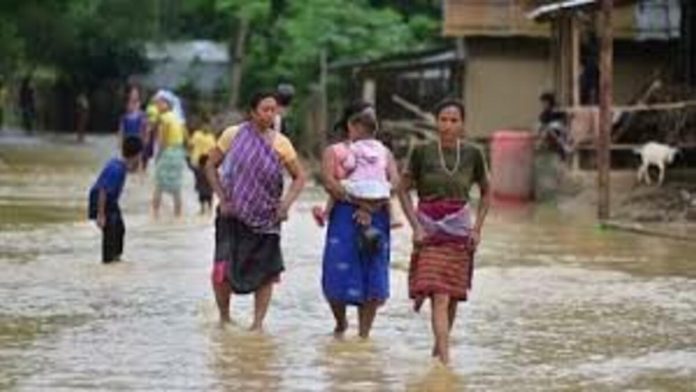 At least eight people are dead and five missing as the flood situation and landslides in Assam continues. Over 1,089 villages are still merged into water in 26 districts.

Out of the eight dead, four lost their lives in Dima Hasao, two in Cachar and one each from Lakimpur and Udalguri.

While, out of five missing four went missing from Cachar and one from Nagaon district. More than four lakh people have been severely affected by the floods.

The affected districts have set up around 142 relief camps and 115 relief distribution centres where 39,558 people are taking shelter.

Currently, the rivers like Kopili is flowing above the danger-level in Dharantul and Kampur, river Kushiyara at Karimganj, river Barak at At ghat and the river Disand at Nanglamuraghat.

In the mean time, heavy to vey heavy rainfall has been predicted for the region for next few days by the Guwahati-based Meteorological Centre.

The regional Met Centre said that the region has already received more than usual rainfall and will receive more for a few days more. However, the department has also predicted that the conditions will begin improving by Friday.