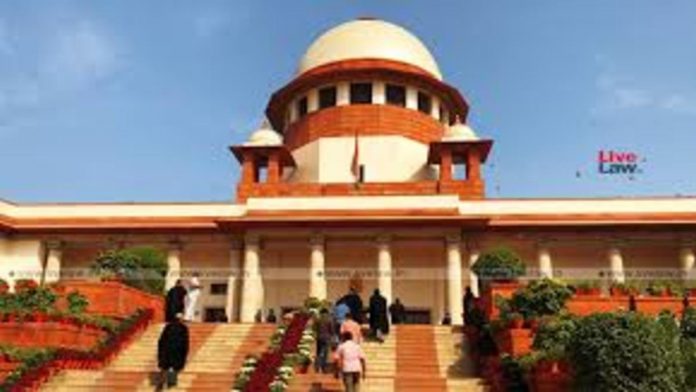 76 top lawyers from Supreme Court in their letter to the Chief Justice of India NV Ramana have asked the court to take a suo motu cognisance of the calls for “ethnic cleansing” after two religious events in Haridwar and Delhi. In the absence of the police action, naming the people who had given the call the lawyers said, “Urgent judicial intervention is required to prevent such events that seem to have become the order of the day”.

The letter which was signed by prominent lawyers including Prashant Bhushan, Salman Khurshid, former Patna High Court Judge Anjana Prakash, Dushyant Dave and Vrinda Grover said, “The aforementioned events and the speeches delivered during the same are not mere hate speeches but amount to an open call for murder of an entire community”.

The letter said that the speeches that were given posses a “grave threat not just to the unity and integrity of our country but also endanger the lives of millions of Muslim citizens”.

A case filed following outrage over social media for the open call for genocide and using weapons against the Muslims had earlier only named one person but later two names were also added – Sadhvi Annapurna and Dharm Das.

Sadhvi Annapurna, who was earlier known as Pooja Shakun Pandey was heard saying in one of the videos, “If you want to finish them off, then kill them… We need 100 soldiers who can kill 20 lakh of them to win this”.

Those who had organised the religious event and gave hate speeches say that they have nothing wrong.

Hindu Raksha Sena’s Prabodhanand Giri – – clicked regularly with BJP pioneers including Uttar Pradesh Chief Minister Yogi Adityanath and Uttarakhand Chief Minister Pushkar Dhami – – said he is “not ashamed” of what he said. “I’m not afraid of police. I stand by my statement,” he told media.

In a video went viral on social media he said, “Like Myanmar, our police, our politicians, our Army and every Hindu must pick up weapons and conduct a Safayi Abhiyan (ethnic cleansing). There is no other option left”.

“It may be noted that no effective steps have been taken under the provisions of 153, 153A, 153B, 295A, 504, 506, 120B, 34 of IPC in respect of the earlier hate speeches. Thus, urgent judicial intervention is required to prevent such events that seem to have become the order of the day,” the letter by the lawyers to CJI read. The letter also said that several other petitions are also pending in the court over the issue.

“We are writing to your Lordship hoping for prompt action in your capacity as the head of the judicial wing of the State and knowing your Lordship’s commitment to both the independence of Judiciary as also the constitutional values that are fundamental to the functioning of a multicultural nation such as ours,” the lawyers have appealed.