7 Soldiers Out Of 8 Killed In Manipur Landslides On Friday 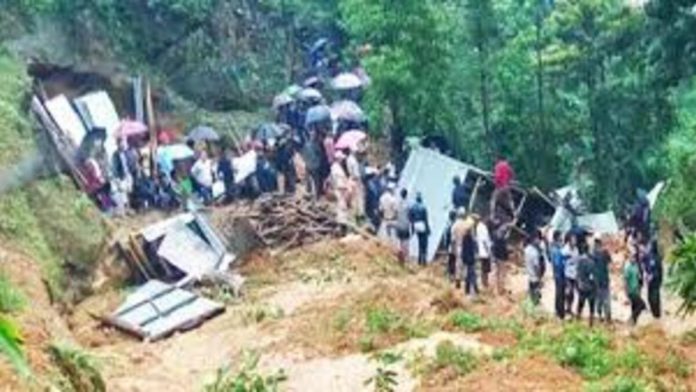 Eight people, including seven Army soldiers and one civilian, died after a landslide struck an Army base in Manipur’s Noney district late Friday night.

There are 50 people missing, including 23 troops, several railroad employees, and laborers from the civilian sector. Rescue efforts are being made to find anyone trapped behind the debris.

13 military and 5 civilian laborers have been pulled out of the wreckage thus far; some of them are hurt. The distant post, staffed by the 107 Territorial Army, which is made up of soldiers from the 11 Gorkha Rifles, provides security for the massive train line from Jiribam to Imphal that is now being built.

The night will be spent with search operations. The Army reported that bulldozers and other engineering tools have been put to use. Army helicopters are also ready to go when the weather improves.

Biren Singh, the chief minister of Manipur, went to the scene of the accident to assess the rescue efforts.