Six municipalities and a CCP under polling in Goa

Voting was underway on Saturday in the elections to Goa's six municipal councils and the prestigious Corporation of the City of Panaji. 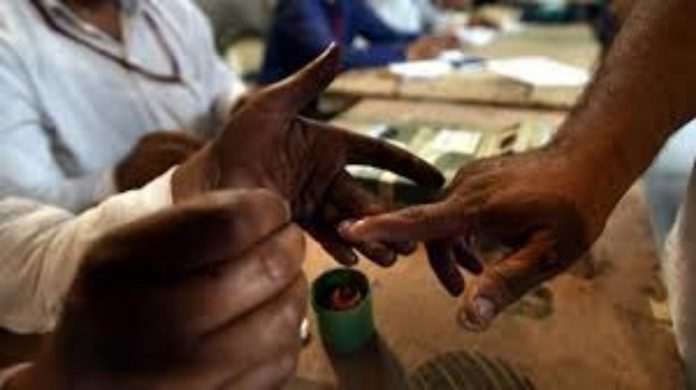 The prestigious Corporation of the City of Panaji (CCP) and state’s six municipal councils in Goa are under polling today.

Additionally three by-polls will also take place in the state for the positions of one zila panchayat seat, a village panchayat ward and one for the Sanquelim Municipal Council.

About 96,567 voters are eligible vote in the elections, said the State Election Commission Melvyn Vaz.

“A total of 423 candidates are contesting the elections to the six municipalities and one municipal corporation,” said Vaz.

The vote counting in the state will take place on Monday (March 22).

These municipal polls which are not being contested on any party lines have been stuck in a number of controversies.

Initially, total 11 municipalities and one municipal corporation along with the three bybolls were going under voting on March 20 but then the Bombay High Court censured the proceedings of ward reservation for women of the backward classes of SC, ST and OBC in five municipal councils of Mormugao, Sanguem, Quepem, Margao and Mapusa which resulted in the postponement of the elections in these councils.

Agreeing with the Bombay High Court the Supreme Court upheld the order and postponed the election in the said five municipalities. But the court has asked the state to complete its elections by April 30.

In one controversy, many opposition MLAs have requested the polling body and the state Governor Bhagat Singh Koshyari to restrict the state Chief Minister Pramod Sawant from unveiling the complete budget on March 24, as this revelation of budget and other policies may influence the voters of those five municipal councils where the polling have been postponed.