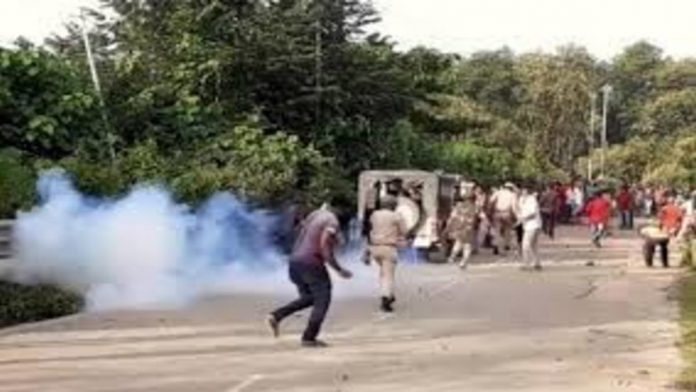 Five police officials of Assam have been killed in a heated clash at border with Mizoram, said Assam Chief Minister Himanta Biswa Sarma on Monday. It was another bout of violence in the area.

Union Home Minister Amit Shah has talked to chief ministers of both the states.

According to the Assam government, five policemen have been killed and over 50 people have been severely injured. The Superintendent of Police in Cachar district has also sustained injuries with bullets.

Mr Sarma who will visit Silchar today tweeted that “clear evidences are emerging” that the Mizoram Police used Light Machine Guns against the Assam Police personnel. “This is sad, unfortunate and speaks volumes about the intention and gravity of the situation,” he wrote.

The disturbance took place when Assam accused Mizoram of constructing a road destroying a Reserve Forest area in Lailapur and setting up an armed camp.

The violence started when Assam Police crossed the border and “over-ran” a police post at Kolasib, said Mizoram. The Assam Police also vandalized vehicles at national highway and started firing on the police, the state added.

The clash between the state happened two days after the Home Minister Amit Shah met all the chief ministers of north-eastern states in Shillong.

The Assam CM Mr Sarma and Mizoram CM Zoramthanga clashed had even clashed on Twitter by posting videos of the violence seeking Shah’s mediation.

“Kolasib SP is asking us to withdraw from our post until then their civilians won’t listen nor stop violence,” tweeted Mr Sarma to which Mizoram CM responded with video in which a car was being targeted at the highway.

The Mizoram government has constituted a boundary commission to manage division of the border. Not just with Mizoram Assam has border disputed with Arunachal Pradesh and Meghalaya as well.