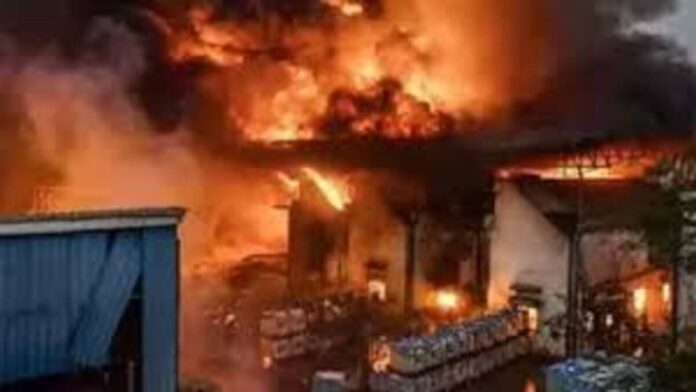 The 40 fire engines on the spot trying to extinguish the massive fire that broke out in the Bhagirath palace market in Chandni Chowk of Old Delhi have yet not brought the situation under control.

The fire department was informed of the tragic incident around at 9:20 pm, following which they hurried to the destinations.

The fire trucks faced difficulty in reaching out to the destination because of the narrow lanes of the Old Delhi.

“A major part of the building has been damaged and officials are using remote control fire fighting machine to douse the flames,” said the Delhi Fire Service Director, Atul Garg.

A video that was doing rounds showed the fire spreading to the adjacent buildings and also the flames touching the electricity wires.

However, no deaths have been reported in the incident.