3 Killed, 2 Injured After Gunman Opens Fire At Indiana Mall In US 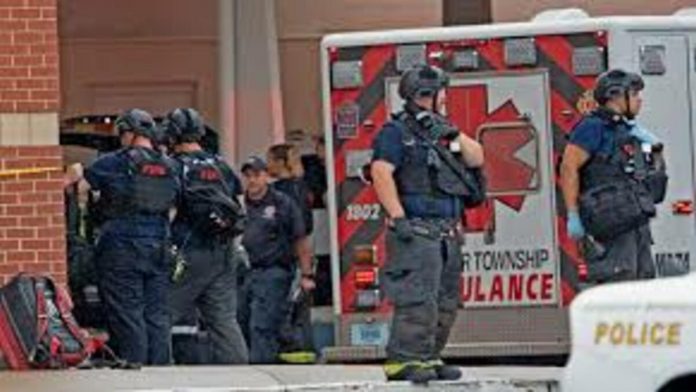 The authorities reported that a guy opened fire at the food court of the Indiana State Mall in the United States, killing three people and injuring two others.

According to US police, the gunman was killed by an armed civilian. At the Greenwood Park Mall, the incident took place.

The two injured people, according to Greenwood Police Chief Jim Ison, were taken to a neighboring hospital.

“The scene is under the command of the Greenwood Police Department. There is no longer a threat because I have direct communication with the command post, according to Mayor Mark Myers.

An armed civilian killed the gunman, an adult male. Authorities have not yet identified any reason or goal behind the shooting, though.

At a news conference, Chief Jim Ison stated that at 6 pm GMT, calls regarding the shooting in the food court started coming into the local emergency contact center.

Fox News said that according to police, the shooter possessed a long rifle and multiple magazines of ammunition.