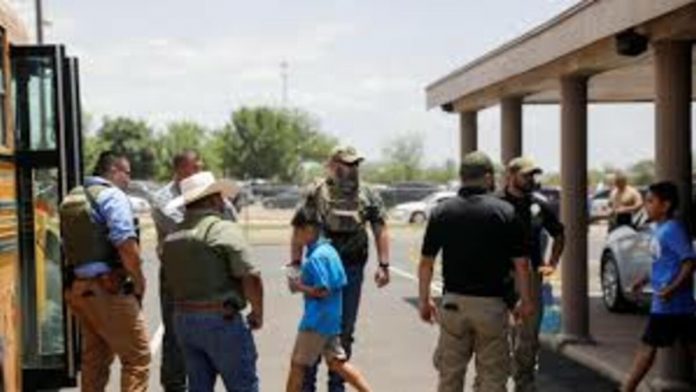 21 people were killed after an 18-year-old gunman open firing inside an elementary school in Uvalde, said Texas Governor Greg Abbot on Tuesday. Out of the 21 dead, three were adults and 18 were students.

Hearing this US President Joe Biden got emotional and called for severe restrictions on firearms.

“When in God’s name are we going to stand up to the gun lobby?” said Biden, who had just returned from a five day visit to Asia.

However, the police shot dead the 18 year-old gunman identified as Salvador Ramos on the spot, said Abbott. He was suspected to have a rifle and a handgun.

During the exchange, two policeman were also shot, who are under treatment now and are expected to survive. It is still not clear how many people were actually including the dead were injured during the incident, but there were many injuries, said the police.

Reportedly, it was the deadliest shoot in US school in around a decade and deadliest school shooting so far in Texas history.

According to the sources, the shooter was shot dead by a Border Patrol agent who was around when the shooting started. The Patrol agent immediately hurried inside the school without staying for backup and countered Ramos.

Meanwhile, soon after the reports of the incident all schools in Uvalde were closed, said local officials.

“There is an active shooter at Robb Elementary. Law enforcement is on site,” said the Uvalde Consolidated Independent School District in its statement. “Your cooperation is needed at this time by not visiting the campus. As soon as more information is gathered it will be shared.”

Around 600 students have enrolled in the Robb Elementary School. The news of the gunman in the school came around noon and soon after the emergency services and law enforcement agencies rushed to the spot.

The Uvalde Memorial Hospital in which the students are under treatment said in a Facebook post that informed that students were being treated but did not disclose any information regarding the severity of the injuries.