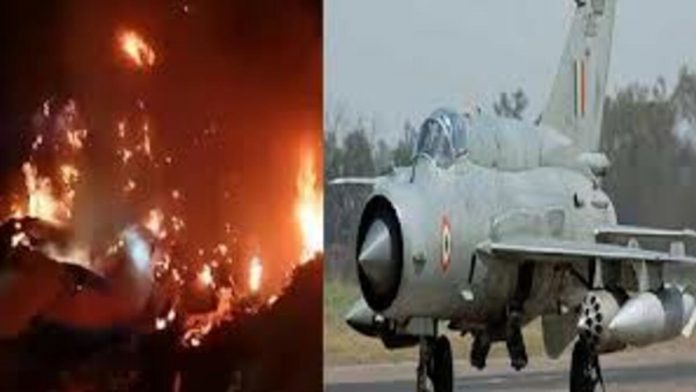 According to the IAF, the incident happened about 9:10 p.m.

The statement read, “A twin-seater Mig-21 trainer aircraft of the IAF took out for a training sortie this evening from Utarlai air station in Rajasthan.”

“The aircraft had an accident near Barmer at about 9:10 p.m. Injury to both pilots resulted in death. The IAF issued a statement expressing its sincere sympathy for the fatalities and its unwavering support for the grieving families.

An investigation to determine the accident’s cause has been mandated.

Mr. Singh posted on Twitter that he was “deeply saddened” by the deaths of two Air Warriors as a result of an IAF Mig-21 trainer aircraft accident close to Barmer, Rajasthan.

“Their contributions to the country won’t be forgotten. In this difficult time, my thoughts are with the grieving families, he said.