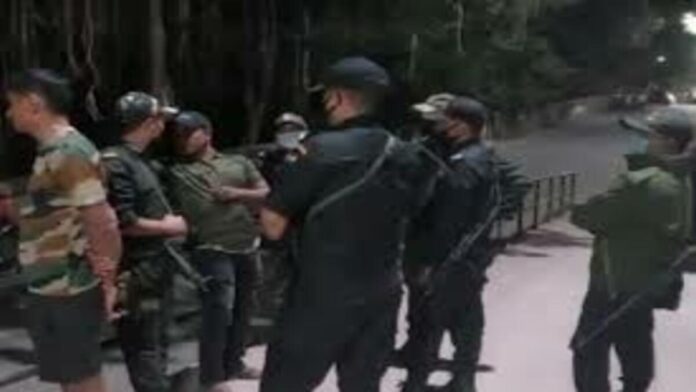 In Gujarat, near Porbandar, where they were stationed for election duty ahead of next month’s assembly elections, two paramilitary jawans forces were shot dead and two others were injured when one of their colleagues opened fire.

It is understood that the men were not on active duty when they got into a fight in the evening that turned violent and resulted in gunfire from an AK-47 rifle. They were stationed in Gujarat alongside the Central Armed Police Forces (CAPF) as members of an India Reserve Battalion (IRB) from Manipur, according to Porbandar Collector and District Election Officer AM Sharma.

It is being looked into what caused the altercation.

The two wounded jawans, one shot in the stomach and the other in the leg, were transported to the Probandar general hospital before being transferred for advanced care to a hospital in Jamnagar, about 150 km away.

According to the police report, the two men killed were jawans Thoiba Singh and Jitendra Singh, and the accused was constable S Inauchashingh. Constables Chorajit and Rohikana are the victims. They’re all from Manipur.

About 25 kilometres from Porbandar, in the village of Tukda Gosa, they were residing inside a cyclone shelter.