2 Dead, Many Trapped In Massive Fire At Mumbai Sunrise Hospital 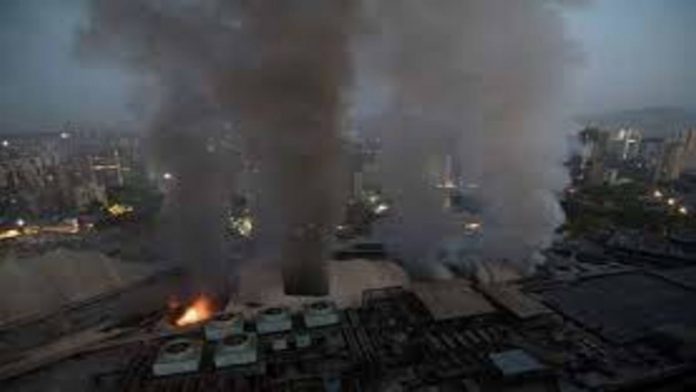 A massive fire broke out at a mall in Mumbai that has accommodated a Covid-19 hospital at its third floor. The fire ravaged the hospital late night on Thursday.

A couple of people were reported to be feared trapped inside the burning floor while two had already died.

About six people are still feared trapped inside the hospital as they were locked inside the building, said the Fire officer Rajendra Chaudhary today morning.

The fire took place at the Dreams Mall in Bhandup of Mumbai. The third floor of the Mall has accommodated the Sunrise Hospital which was ablaze. “The cause of the fire is yet to be ascertained. I’ve seen a hospital at the mall for the first time. Action will be taken. 70 patients, including Covid-infected ones, have been shifted to another hospital,” said Mumbai Mayor.

The patients that were admitted in the hospital were counted to 76 out of which 73 were Covid-19 patients. All the admitted patients were transferred to different hospitals after the fire.

“Two casualties have been reported in the fire incident. Rescue operation for 76 patients admitted to Covid care hospital is underway,” said Prashant Kadam, the Deputy Commissioner of Police.

Total 23 fire tenders were hurried to the ablaze spot and they carried out their rescue operation till today morning. The fire was declared of level 4.

The fire erupted when the city is poorly trapped by the surge of Covid-19 cases. Maharashtra accounts for more than half of the country’s daily caseload. Mumbai alone has accounted for more than 5,000 cases in last 24 hours.