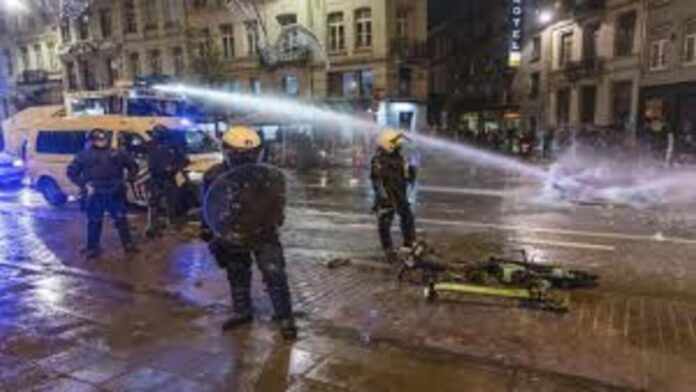 After fights broke out in Brussels as a result of Morocco’s victory over Belgium in the World Cup match in Qatar, police arrested 12 people and made an arrest. A car and a few electric scooters were set on fire by rioters.

Several locations in the Belgian capital saw fighting between dozens of soccer supporters, some of whom were wearing flags from Morocco. Police responded with tear gas and water cannons.

According to police spokesperson Ilse Van de Keere, “calm returned around 7 pm, and preventive patrols are still in place in the sectors in question.”

According to the police, “the rioters used pyrotechnic material, projectiles, sticks, and set fire to the public highway.” “A journalist was also hurt by fireworks to the face. These factors led to the decision to move forward with a police intervention, including the use of tear gas and the deployment of water cannons “police reported.