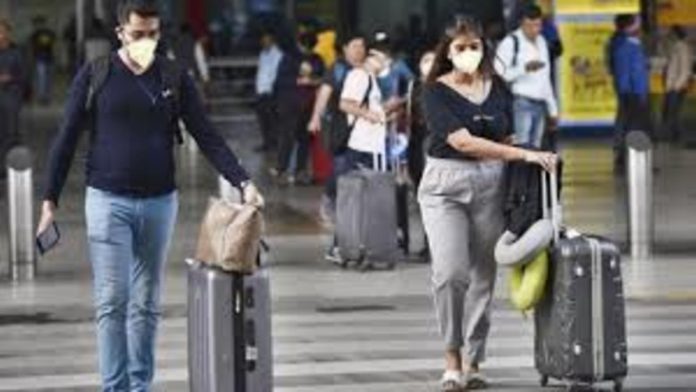 As the India’s Covid situation is continuously worsening with daily high records in fresh cases many countries including Maldives have banned Indians from entering them.

Here is the list of those countries that have banned Indian from entering amid the Covid spiralling crisis in the country :

The Maldives’ Ministry Of Tourism announced by tweeting,“With effect from 27 April @HPA_mv suspends tourists travelling from #India to #Maldives from staying at tourist facilities in inhabited islands. We thank you for the support in our endeavour to make tourism safest possible with minimum inconvenience.”

The Health Minister of Italy Roberto Speranza said, “I have signed a new decree banning people from entering Italy who have been in India within the past 14 days. We can’t let our guard down. Residents of Italy can return but must take a (coronavirus) test before departure and on arrival and remain in quarantine.”

In Germany it was announced by its Health Minister Jens Spahn in a statement that said, “The newly discovered virus mutation in India worries us very much. In order not to jeopardise our vaccination campaign, travel to India must be significantly restricted. Therefore, the federal government will shortly declare India a virus variant area. From Sunday night, only Germans from India are allowed to enter, they must also be tested before departure immediately after entry into a 14-day quarantine.”

Bangladesh is one of our closes neighbours which has also banned Indians. The ban was announced by country’s Foreign Minister AK Abdul Momwn, who said, “We are closing it (border) for the passengers for the time being. Bangladesh took the decision in view of the rapid increase of coronavirus infection in India.” Home Minister Asaduzzamman Khan Kamal further added, “The higher authorities have decided to close the borders for two weeks…The land routes with India will be shut from April 26.”

In Canada the Transport Minister Omar Alghabra said, “Given the higher number of cases of COVID-19 detected in air passengers arriving in Canada from India and Pakistan, Transport Canada is issuing a notice to airmen, or NOTAM, to halt direct passenger air traffic from those countries.” He further insisted that Canadians avoid “falling into the trap of blaming an identifiable group for causing COVID-19. We’ve seen this with Asian Canadians, we must reject scapegoating. This virus is not Chinese, nor is it Indian, it affects us all

In New Zealand it was announced by the Prime Minister Jacinda Aedern who not only banned Indians but its own citizens from India. “We are temporarily suspending entry into New Zealand for travellers from India. I want to emphasize that while the arrival of COVID from India has prompted this measure, we are looking at how we manage high risk points of departure generally. This is not a country specific risk assessment,” sais the Prime Minister. The ban will comtinue for two weeks and the decision is taken after the country has reported 23 fresh positive cases recently.

Apart from Bangladesh our neighbour Pakistan has also banned Indians for next two weeks. The statment came from Pakistan’s National Command and Operation Centre (NCOC) said, “The forum decided to place India in the list of Category C countries for two weeks. There will be a ban on inbound passengers coming from India via air and land routes.”

It is the second ban to be imposed by Hong Kong for next two weeks. The country has imposed heavy restrictions as more than five Covid-19 mutants have been detected in the country in last sevem days. Hong Kong has declared India at “extremely high risk”.

The Singapore Health Ministry released a statement that said, “There is no evidence that the recent cases at the Westlite Woodlands Dormitory are linked to the new strain from India. But many of the arrivals from India are workers in the Construction, Marine and Process (CMP) sectors. Even with our control measures, there is still a risk that a leak may happen, and cause another wave of infection in the dormitories. It is also a concern that recovered workers (i.e., those who had been infected earlier) are susceptible to being re-infected. We will therefore further tighten our border measures with India.”

It was announced in USA by the Centre for Disease Control and Prevention (CDC) in a statment that said, “Because of the current situation in India, even fully vaccinated travellers may be at risk for getting and spreading COVID-19 variants and should avoid all travel to India.”

UK has added India to its red list and have barred all travellers from India except those holding British or Irish passports.

UAE has become the most preferred locations by the Indian celebrities during the time of this pandemic. But due to the worsening situation in India the UAE administration has banned tourists from India. Only flights departing back Indians from UAE will be allowed to fly. “It will also allow the transfer of exempted groups from India to the UAE with the application of the aforementioned precautionary measures. These groups include UAE citizens, diplomatic missions appointed by the two countries, official delegations, those on businessmen chartered flights, and those holding golden residency,” said a statement released by the UAE administration.