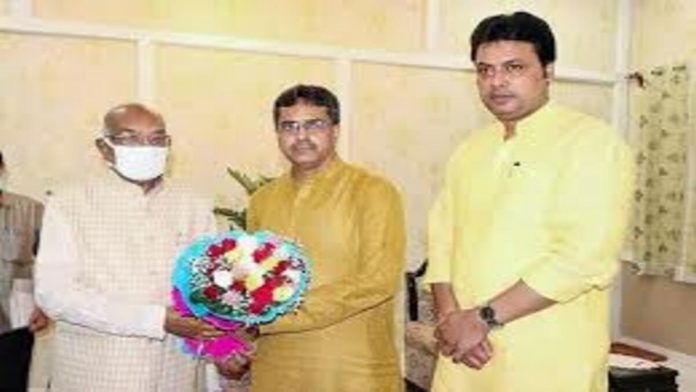 Eleven MLAs including 9 BJP leaders and two from IPFT are set to take oath as ministers in Tripura cabinet today. All members except Mevar Kumar Jamatia from IPFT, have been included in the cabinet, said an official.

A rift between Indigenous People’s Front of Tripura chief Debbarma and Jamatia, who was the Minister of Tribal Welfare in Baplab Kumar Deb government has come out in public.

The oath ceremony will be administered by the Governor SN Arya, who will also administer secrecy to the cabinet members at the event in Raj Bhavan in the attendance of the Chief Minister Manik Saha, former Chief Minister Biplab Kumar Deb and many other ministers.

Saha sworn in as the chief minister of Tripura after the former chief minister Biplab Kumar Deb resigned from the top post on Saturday evening. Deb was present at Saha’s oath ceremony with other BJP MLAs and other top state ministers.