Ruling DMK To Again Start Priest Training In Tamil Nadu. Students To Get Stipend Of ₹3000 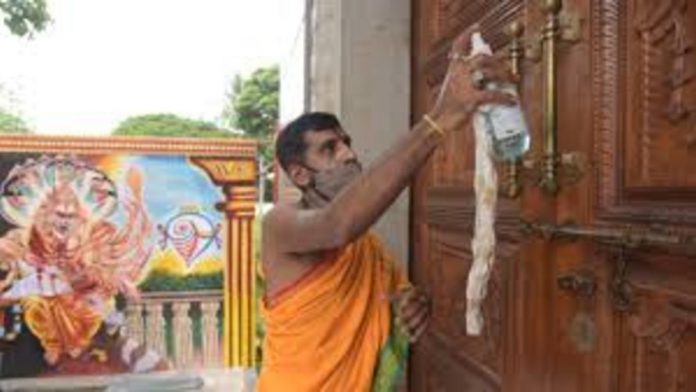 According to an official at the Hindu Religious and Charitable Endowments (HR&CE) department, the Tamil Nadu government has decided to revive its training of the temple priests at six schools which was first initiated by DMK in its previous tenure un 2007.

The six schools have asked for applications by the interested students between the age of 14 and 24 for the one-year course. During the course the students will also get a stipend of ₹3000. Out of the six schools, four are based on Shaivite tradition situated in Madurai, Tiruchendur, Palani and Tiruvannamalai and the other two on Vaishnavite tradition situated in Chennai and Srirangam.

The training for Odhuvars (those who chant hymns before the deity) had already started in October and now the training for Archakars will start in the coming March, said the official.

“Two weeks ago, all the renovation was complete. We are now processing applications for the schools,” said the HR&CE department.

After the completion of the first batch of students in 2008, the schools were stuck in the legal hurdles and remained inactive since then, during the full AIADMK tenure, but now the ruling DMK government has decided to start them again.

“The main goal is to eradicate untouchability. We hope students come forward to be trained and we want the government to ensure that they also get appointments at the main temples that receive higher revenue,” said the state president V Ranganathan.