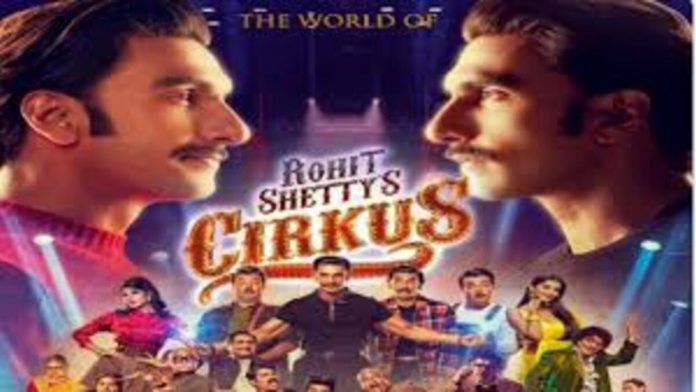 Cirkus, the highly awaited film from blockbuster director Rohit Shetty, will be released worldwide on Christmas Day. On December 23, 2022, the big-budget movie starring Ranveer Singh, Pooja Hegde, Jaqueline Fernandez, Varun Sharma, and a slew of other well-known actors will be released worldwide. The director took to social media to announce the much-anticipated film’s release date.

“Cirkus is a total family entertainer,” Rohit Shetty said of the production. There’s no better time than the holidays to enjoy the picture in theatres around the world.”

Cirkus, created and directed by Rohit Shetty, and produced by Gulshan Kumar, Bhushan Kumar, and T-Series. The film will be released on December 23, 2022.