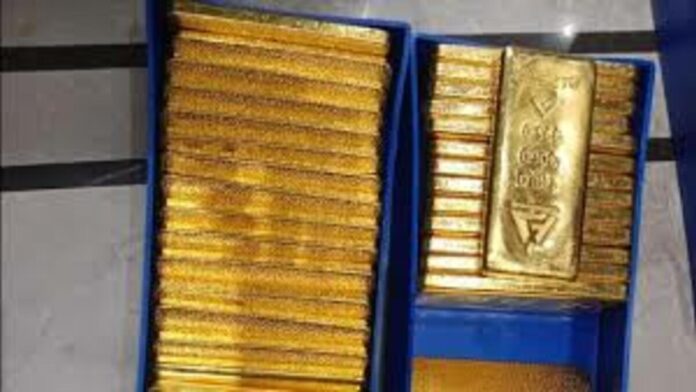 In the course of a money laundering investigation connected to an alleged bank loan fraud case, the Enforcement Directorate today seized 431 kg of gold and silver valued at more than 47 crore after searching the private vaults of a bullion company.

According to a statement from the federal agency, Raksha Bullion and Classic Marbles’ offices were raided in relation to the investigation against Parekh Aluminex Ltd.

Keys to some hidden private lockers were discovered at the bullion company’s location during the raids, it claimed.

“Private lockers were searched, and it was discovered that no correct procedures were being followed when operating the lockers. There was no in-and-out register, no CCTV cameras were established, and no KYC was adhered to “It read.

Raksha Bullion owned three of the 761 lockers on the premises, it claimed.

It stated that “an additional 188 kg of silver was also recovered from the Raksha Bullion facilities.”

According to the Enforcement Directorate, the gold and silver that were confiscated are worth a total of 47.76 crore.

According to the money laundering lawsuit filed against Parekh Aluminex Ltd. in March 2018, the business “cheated banks and took loans to the tune of 2,296.58 crore.”

This money was allegedly then “syphoned off by layering through several firms,” according to the Enforcement Directorate.

“In order to provide unsecured loans and investments, the money was transferred to a number of accounts. The loans were not taken for the same purpose, and no agreements were in place for such transactions “agency stated.

In this instance, it had previously attached assets valued more than 205 crore in 2019.