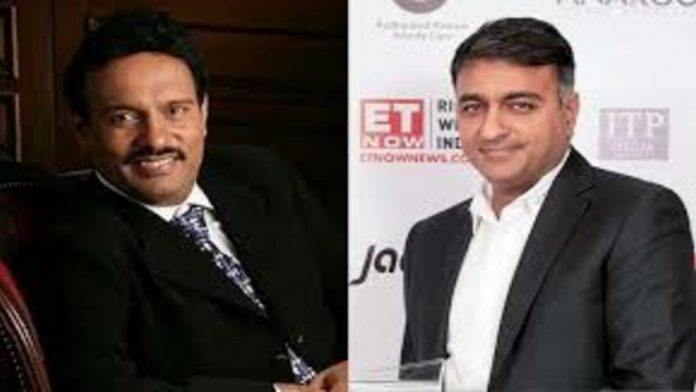 The Enforcement Directorate today attached assets totaling 415 crore from Maharashtra based builder and with one more, who are accused in India’s worst bank fraud case, days after an AgustaWestland helicopter was taken from the home of a Maharashtra-based builder suspected of money laundering and fraud.

In the Yes Bank-DHFL (Dewan Housing Finance Limited) case, which involved a group of 17 banks led by Union Bank of India and allegedly resulted in an alleged loss of more than 34,000 crore, Sanjay Chhabria of Radius Developers and Avinash Bhosale of ABIL Infrastructure were previously detained.

A land parcel in Mumbai’s Santacruz neighborhood worth 116.5 crore, 25 percent of Mr. Chhabria’s company’s equity shares held in a land parcel in Bengaluru worth 115 crore, another apartment in Santacruz worth 3 crore, profit from Mr. Chhabria’s hotel at the Delhi airport worth 13.67 crore, and three of Sanjay Chhabria’s high-end luxury cars worth 3.10 crore were all seized today, the agency said.

Under the guidelines of the Prevention of Money Laundering Act of 2002 (PMLA), ED filed two provisional attachment orders against the pair.

The total now stands at 1,827 crore, according to the enforcement department, with this most recent attachment.

Based on a FIR that claims Mr. Kapoor “entered into a criminal conspiracy” with Kapil Wadhawan and others to provide financial assistance to DHFL through Yes Bank in exchange for kickbacks to himself and his family members through the companies held by them, the investigation agency is looking into Yes Bank co-founder Rana Kapoor and DHFL promoters Kapil Wadhawan and Dheeraj Wadhawan.

According to the ED, Rana Kapoor persuaded Yes Bank to invest 3,700 crore in short-term non-convertible DHFL debentures and 283 crore in DHFL Masala Bonds. At the same time, Kapil Wadhawan’s DHFL company gave one of Rana Kapoor’s businesses a 600 crore rupee bribe disguised as a loan.

The agency claims that its research shows that DHFL soon after receiving 3,983 crore from Yes Bank approved 2,317 crore as a loan to Sanjay Chhabria’s Radius Group for the construction of his “Avenue 54” project in Santacruz, Mumbai. After that, according to the ED, Sanjay Chhabria diverted the money without using it for the intended purpose.

Sanjay Chhabria was also charged with conspiring with Avinash Bhosale to funnel money to several of his businesses, according to the investigation agency. “In addition, Avinash Bhosale colluded with Kapil Wadhawan of DHFL to obtain around Rs 71.82 crore from DHFL on the pretense of providing specific services to DHFL and other businesses. However, the aforementioned’services’ were never actually rendered, and Mr. Avinash Bhosale used them for his own personal gain “says ED.

During additional searches in the case last week, the CBI reportedly discovered paintings and watches worth several crores.

According to the inquiry agency, items costing several crores were bought with money that had been improperly transferred.

Sanjay Chhabria and Avinash Bhosale were also detained by the ED in June; both are currently in judicial prison.