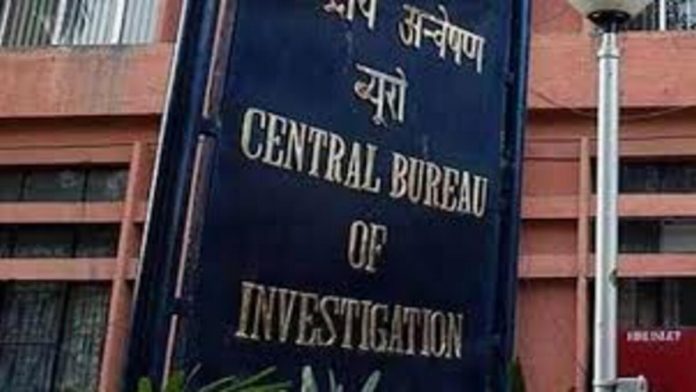 According to people acquainted with the situation, the Central Bureau of Investigation (CBI) has filed a complaint against a Mumbai-based realty firm for allegedly defrauding the Punjab National Bank (PNB) of Rs 30.13 crore.

The central agency stated in a first information report (FIR) submitted on June 17 that Pune Buildtech Pvt Ltd, based at DB House in Mumbai’s Goregaon (East), had obtained a term loan of Rs 30.13 crore from PNB in 2013 through its directors — Ishaq Yusuf Balwa and Javardhan Vinod Goenka.

The FIR has been reviewed by the News Agency. The accused allegedly created a loss to PNB by siphoning off and diverting funds, according to the complaint.

Javardhan is the son of Vinod Goenka, who was charged in the 2G spectrum allotment case but acquitted along with 16 others, including former telecom minister A Raja and DMK MP Kanimozhi, by a special CBI court in Delhi in December 2017. Goenka and Shahid Balwa, who was also named in the 2G scam, operate DB Realty Ltd. The acquittal of the agents has already been contested in the Delhi high court.

To be clear, the CBI’s most recent charge against Javardhan has nothing to do with the 2G scandal.

Balwa and Vinod Goenka’s lawyer, Vijay Aggarwal, disputed the CBI’s allegations. “In March 2022, much before the bank filed a complaint, 20 crore out of 30 crore were already deposited for settlement in the PNB loan account.” Negotiations with the bank dragged on for a long period. The Central Bureau of Investigation has not filed a preliminary inquiry (which is required before filing a formal complaint), as required by its handbook. There is no evidence in the case that any inducement, siphoning, or unlawful gratification occurred. The case has nothing to do with DB Realty Ltd, Vinod Goenka, or Shahid Balwa.”

According to figures provided by the National Statistical Office (NSO) on Tuesday, the Indian economy grew by 8.7%. In the fiscal year 2021-22, the...
Read more
BUSINESS OPURTUNITIES