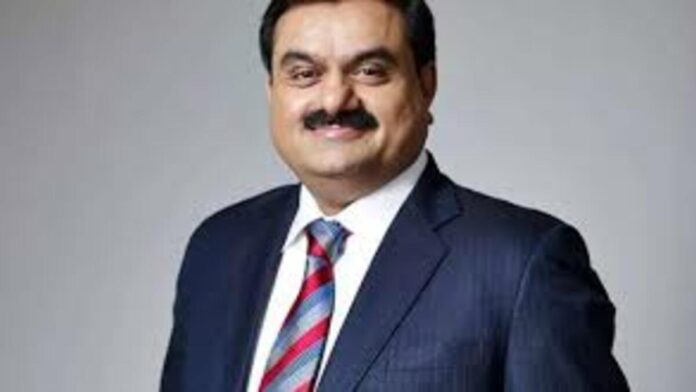 With a total market capitalization on the BSE of over 22 lakh crore, the Adani group of companies has surpassed the Tata-led conglomerate to become the most valuable in India.

The nine-company Mukesh Ambani group ranked third on the list with a market value of more than 17 lakh crore.

This is a result of a larger increase in the value of the Adani shares, which led Gautam Adani to pass Jeff Bezos and move up to third place on the Forbes list of the world’s richest people, behind Elon Musk and Bernard Arnault of Louis Vitton.

Although Mr. Adani, who presently has a net valuation of $154.7 billion, briefly overtook Bernard Arnault of Louis Vitton, a slaughter in domestic stocks on Friday forced him back to No. 3 on Forbes’ Real-Time Billionaires List.

This is primarily due to the American billionaires’ money being lost as a result of the recent market crisis and expectations for a very aggressive Federal Reserve in response to a hot inflation reading.

With a net worth of $273.5 billion, Elon Musk is still the richest person in the world.

With the shares of several of the companies he controls rising dramatically, Gautam Adani’s fortune has increased more as a result of a surge in stock value than as a result of an improvement in fundamentals like earnings and growth.

However, Gautam Adani’s rise has been nothing short of spectacular by just about any standard.

He first rose to the position of richest man in Asia. Then, his net worth eclipsed that of Bill Gates and Warren Buffett. He is now rapidly nearing a level of wealth that only Elon Musk and Bernard Arnault of Louis Vuitton can match.

While one or two huge corporations account for the majority of Tatas and Reliance’s market capitalization, the market valuation of the Adani Group of companies is more evenly distributed across enterprises.

First-generation businessman Mr. Adani is in charge of the Adani Group, which comprises of seven publicly traded firms in the infrastructure, mining, energy, and other sectors.

His enormous, primarily fossil fuel-driven conglomerate has expanded quickly into a variety of new industries both inside and outside of India, and Mr. Adani is looking to remake himself for the global stage.

Over the past five years, Adani Enterprises has made large investments in a number of developing industries, including data centers, airports, cement, copper refining, green hydrogen, petrochemical refining, roads, and solar cell manufacturing.

After completing its acquisition of Ambuja Cements and ACC on Friday, Adani Group rose to the position of second-largest cement manufacturer in the nation. The group had claimed that the companies were a good fit given its ports and logistics, energy, and real estate industries even though it had no prior cement-making operations.

Adani Group has ambitious plans to grow its airport and green hydrogen businesses and enter the telecom sector. Additionally, it has promised to spend $70 billion on renewable energy infrastructure.

According to a different report, Asia’s richest man Adani Wilmar is doubling down on expanding the food activities of his company by looking for domestic and international acquisition possibilities.